Stubborn, mischievous brother of painting and the thing that calls the other side of the medallion to account.

The tracker of straightforwardness, antidote of inertia and silence. Caricature is life and joy; hope and laughter; and a call for thinking and acting. The poet  Nâzım Hikmet, a poet who twined the picture of poetry with words, broadened the horizon of Turkish language, wanted the blue and the joy to come together with spring-smelled children and said “Kids, we will ride our motorcycles toward the blue.” Having held on to the blue, or hope, under every circumstance, Nâzım Hikmet fell into a well of oppression, imprisonment and censorships for years but turned his heart into a wall of freedom by saying “You do not let that jewel under your left breast go black.” He is the poet of formal revolution and the content knitted with sensitivity in the widest sense in our poetry. Because he brought the essence and the word together in poetry like two streams of clear water coming together and became the poetry itself, and therefore the essence and the word. These fruitful lands should now reward those who call for joy, life and brotherhood and regard opposition via humane articulations rather than crying out against injustice as the basic characteristics of their existence. As goodness must be rewarded, so must be the callers of brotherhood and love. Nâzım was a farewell of the beautiful and clear Turkish to us, and his farewell was for freedom and beauty. He had been already rewarded in the eye of the people, and now he is rewarded by the caricature.

While he is ascending day by day through freedom and beauty in his works, embarrassment of those who failed to comprehend his value and exiled him are dragging them down. Nevertheless, he reversed the phrase “Some ascend with their sins; others descend with their virtue.” in Shakespeare’s famous tirade. Through the   mischievous, handful and wise attitudes of the caricature, now we are presenting our faithfulness to Nâzım Hikmet who is the immortal and ascender.

He is Nâzım Hikmet who came across as a scream of hope with wisdom and love alone both in unfortunate environments of poverty and dangerous environments with no freedom.

He was a painter, poet, and playwriter. He was Turkey; every inch, color, mountain, plain, and tree of Turkey overlapped with each other through his writing and soul. Days and years are growing him, and not just in this country but everywhere across the world, his poverty and symphony of freedom that denies the oppression is continuing to echo in every language. Because he was the wind of notes and harmonic sounds for all people of the world who flap wings for goodness and mercy without exception so that they can fly. With immense joy, he voiced the altruism and universality through the words “Half of my heart is here/But the other half in China, doctor.”

The caricature is taking this great creator of world literature to a journey of immortality again and again in different forms. As he was Nâzım Hikmet; the stubborn and believer poet who chose to be the voice of millions of nameless people. The line was honored while becoming Nâzım; it was enchanted, and the joy made friends with mountains and wise oceans. Because Nâzım was the poetry, the people, the country, the world, and the universe with a pen. His message was clear: “Togetherness in every place and everything apart from the cheek of the beloved one.” And the caricature is also joyous and clear with lines becoming Nâzım; it is now “singing a ballad like water, like wind and like stars, / it is a ballad like stars/like wind/like water.”

President of The Cartoonist 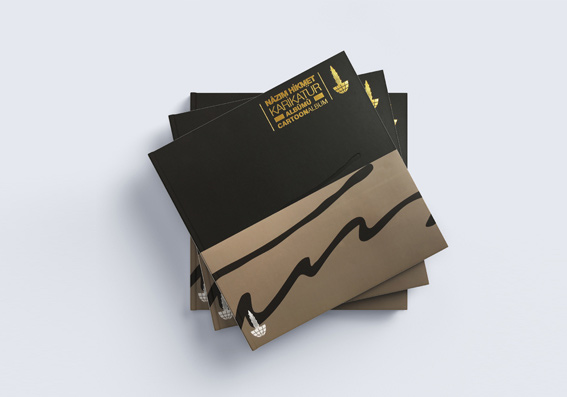 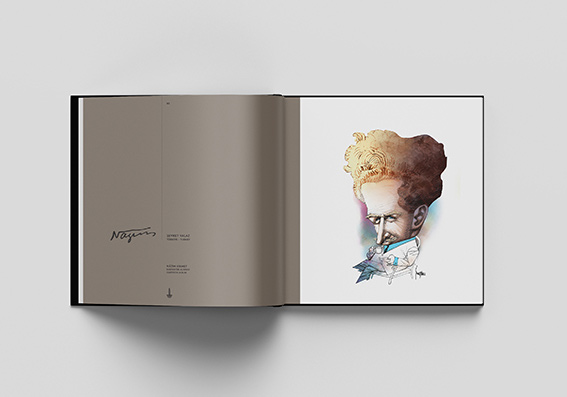 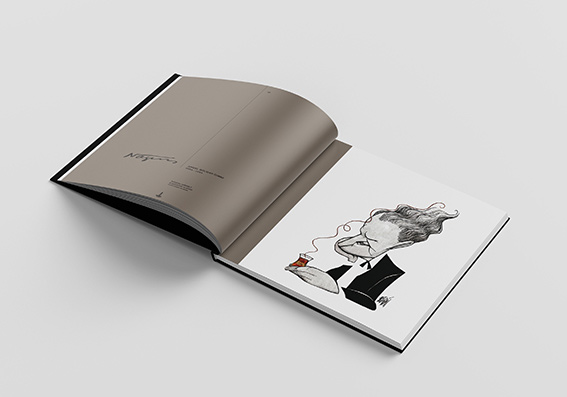 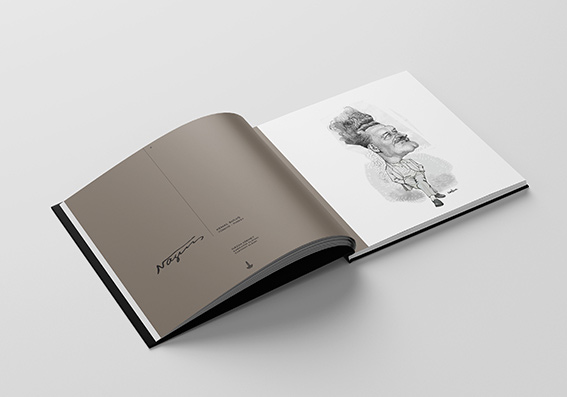